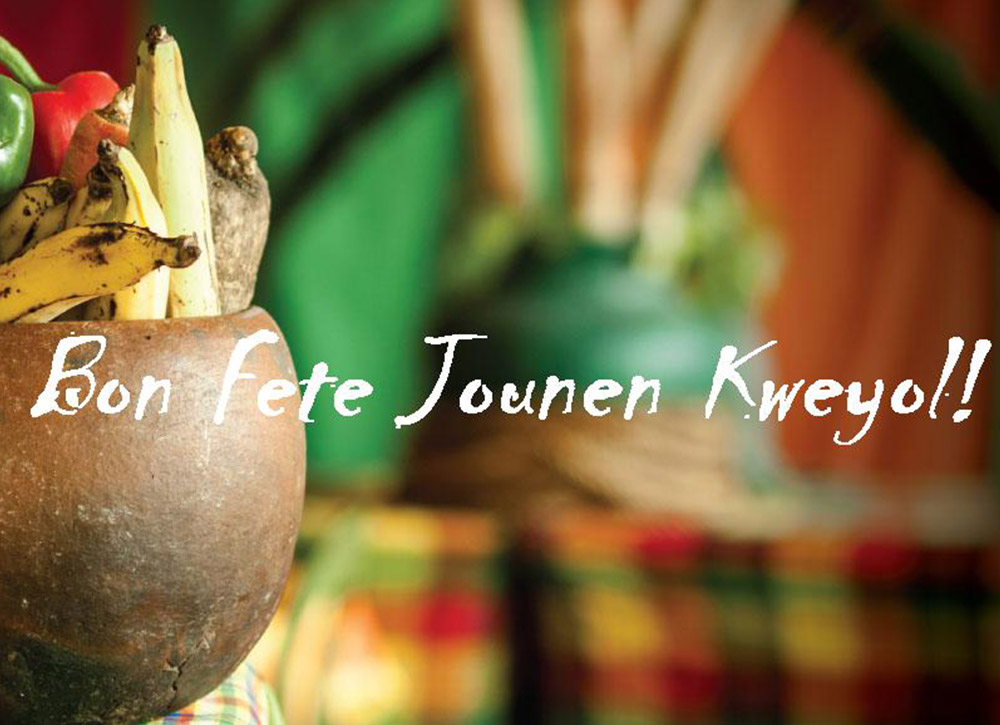 There is always a party going on somewhere in Saint Lucia, ranging from weekly street Jump-ups and Fish Fries to cultural celebrations such as Fisherman’s Feast, Carnival, the two flower festivals: The Marguerite Flower Festival (La Magawit in Creole) and The Rose Festival (La Woz in Creole), Jounen Kweyol and our internationally-staged Saint Lucia Jazz &Arts Festival. Other competitive events include the long-standing sailing event – the Atlantic Rally for Cruisers and Tri Saint Lucia. You can discover Saint Lucia's rich traditions and heritage through the various events hosted on island.

Throughout the entire year, the island of Saint Lucia is bursting with exciting events and festivals that celebrate the island’s heritage and lifestyle. Whether you’re planning a Caribbean vacation to this popular destination in the summertime or during winter, the island promises to have a thrilling event awaiting your enjoyment. As the island comes alive during the spring, it is accompanied by an array of exciting events and festivals. Travelers are invited to celebrate Saint Lucia’s national Independence Day during February, when natives are bursting with patriotism and pride for their island. Independence was achieved in 1979, and throughout the week events include parades, calypso tents, and kite flying tournaments.

the Arawaks and the Caribs

As the heat of summer gives way to slightly cooler months, Saint Lucia continues the festivities with a selection of fall fun. One of the first events of the season is Nevis Race Week. Three world-class tournaments take place during this time, involving horse racing, motor sports, and running. Contrasting the glamour of the Rose Festival, Saint Lucia’s annual Feast of La Marguerite pays homage to a humbler flower, the daisy. Each year on October 17, the followers of La Marguerite celebrate their preferred flower with a religious ceremony that is followed by a costumed parade and live music. International Creole Day, also known as Jounen Kweyol Day is celebrated in October each year. This day features a huge selection of various Creole dishes, as well as live Creole-style musical performances. The event is an excellent way to immerse yourself in the local culture.

The annual calendar of St Lucia events lists two flower festivals on the island, but they are not quite what they seem. The two rival groups on the island, the Rose Society and the Marguerite Society, are more about singing and cultural history than about actual flowers! The Rose Society and the Marguerite Society are two longstanding cultural traditions that date back to the times of slavery. Most of the native Saint Lucians belong to one group or the other and the societies were originally founded to give mutual support. Today, the flower festivals are of a more social nature, and the unique events surrounding them provide wonderful cultural entertainment. For visitors, the flower festivals provide a fascinating show and the chance to see some of the island’s unique dances performed, such as the Quadrille and the Mappa. The sung “Belairs” are accompanied by violins, banjos, saxophones and other musical instruments.

The two flower festival societies on Saint Lucia each host a Grand Fete. The Rose Society (La Woz in Creole) celebrates by singing about the virtues of the rose on August 30 each year, the Feast Day of St. Rose of Lima. On October 17, it’s the turn of the Marguerite Flower Festival (La Magawit in Creole) to hold their celebrations. The society celebrates on the Feast Day of St. Margaret Mary Alacocque (St. Marguerite). Each of the groups, the Roses and the Marguerites, prepare for their special flower festival by holding a series of ‘séances’ which are actually singing practices.

The séances are when traditional tunes dating back to St Lucia’s slave past are sung. These Belairs are tunes of African and French Creole descent and they sing the praises of their revered flower while disparaging the opposition’s bloom. The singing is led by a Chantwelle who leads the singing and the society joins in the chorus. Presiding over the Flower Festivals is the chosen King and Queen, supported by their royal entourage. These include princes and princesses, dukes and duchesses, soldiers, magistrate, policemen, doctors and nurses, the clergy and other supporters of the flower society. As part of the tradition, everyone attending the séance must bow to the King and Queen. Any disrespect is treated with a mock trial and a fine imposed by the local magistrate!

On the day of the respective Saint Lucia Flower Festival, each group dresses up and parades grandly through the local communities. In the evening they sit down to a splendid banquet, fit for a king. Many leading dignitaries on the island are invited to these annual St Lucia events and in the evening the participants take to the streets with folk dancing. The October Marguerite Society Flower Festival coincides with Creole Heritage Month in October, another lively Saint Lucia event. If you are planning a trip to Saint Lucia during this month, be sure to join in the fun, sample traditional creole food and enjoy the many cultural activities surrounding the island’s past.

After the humble celebration of Holy Week, the island blossoms back to its partying tendencies with the St Lucia Jazz and Arts Festival. Held for two weeks around the end of April and begining of May each year, this festival showcases the island’s stunning selection of jazz musicians as well as international jazz stars. The bulk of the celebrations revolve around the beautiful Pigeon Island, however, jazz performances are set up around the island to encourage locals to get out and renew their love for their home island while experiencing great music, and for tourists to find an excuse to visit these spots for the first time.

The first Saint Lucia Jazz Festival was held in 1992 as an initiative to extend the tourist season and increase foreign exchange in Saint Lucia into May which had previously been a relatively quiet period. It was inspired by the launching of the October Jazz Festival in 1991 spearheaded by Luther Francois as Musical Director. Originally 4 locations were used; however today the festival has expanded and several locations around the island are used to host performances (see list below). At first, the festival attendances were small. But as the years passed, word spread helped by coverage on the BET J television network, and it is now a well-established fixture on the Jazz festival calendar.Over the past few years the Saint Lucia Jazz Festival has developed a reputation for the quality of the artistes it attracts and now ranks #1 on the list on the E! entertainment top 5 Festivals in the world.

Pumping rhythms, sexy costumes and the people dancing under the warm Caribbean sun; welcome to St Lucia Carnival! Almost on the heels of the annual Saint Lucia Jazz and Arts Festival, Saint Lucia’s cultural landscape morphs into a flurry of chrome plated steel drums, feathers, and beads. No matter where you are or who you are, Saint Lucia Carnival is something to behold. In the months, weeks and hours leading up to Saint Lucia Carnival, there are numerous events that are a must see, whether you’re a Carnival veteran, or Carnival newbie. Some of the staple events - the Calypso Tents, Calypso Monarch, Party Monarch, and Carnival Parade are the deep-rooted cultural aspects of Saint Lucia Carnival. But it won’t be Carnival without the ‘wining’ and jumping and non-stop partying.

Here’s a great tip for first-time Carnival revellers - ‘wining’, is a local Caribbean-wide term used to describe the rotational movement of the hips either to the left or to the right, whichever way your waistline can go really. Before you brave any Saint Lucia Carnival event, don’t be afraid to perfect your ‘wining’ motions. You can bet on someone asking pretty ladies to “take ah wine.” Either way, master the move so that you keep up with the locals and really party like a Saint Lucian.By the time Carnival Monday rolls around, your dancing skills will help burn off all the yummy calories you’ll be consuming – let’s face it; Saint Lucia’s Carnival food scene is just as fabulous! The ultimate Carnival experience is when one joins a “band.” Competing band members flock together at predetermined locations near the staging area, for the beginning of what will be a hyperactive dance session through the city’s streets. With speakers the size of warehouse refrigerators, the vibrations and sounds begin with only the trance of soca leading you throughout the streets of Saint Lucia.

If you’re still alive at the end of Carnival Monday, many band members will go off to enjoy official band parties or you can opt to go home to revitalize yourself – don’t worry, you can comfort yourself by the fact that the next day is Carnival Tuesday.