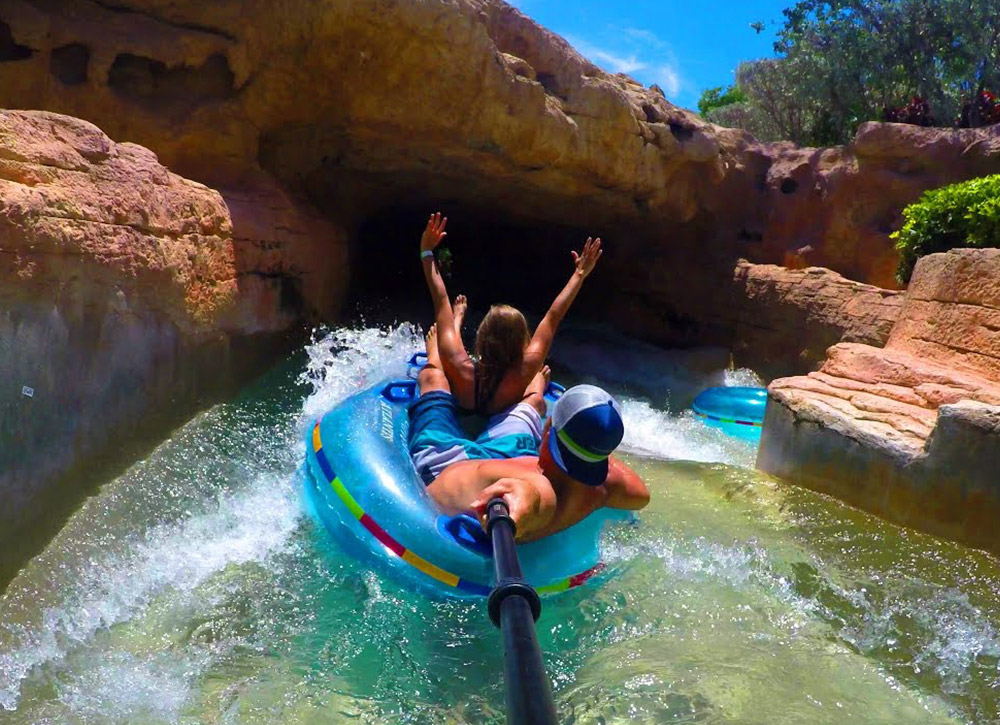 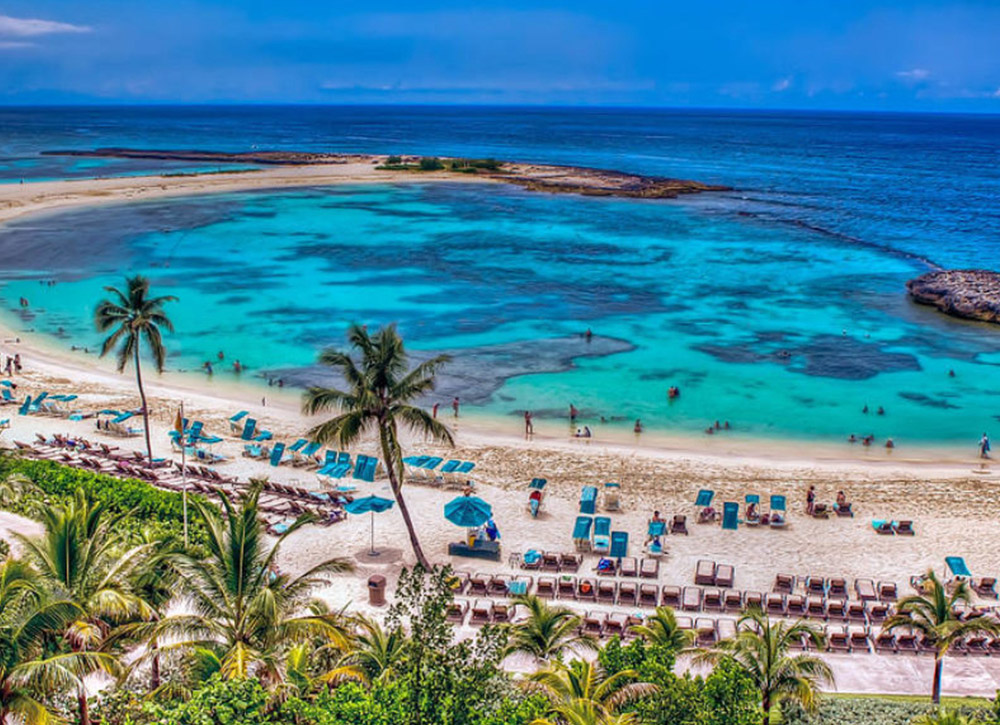 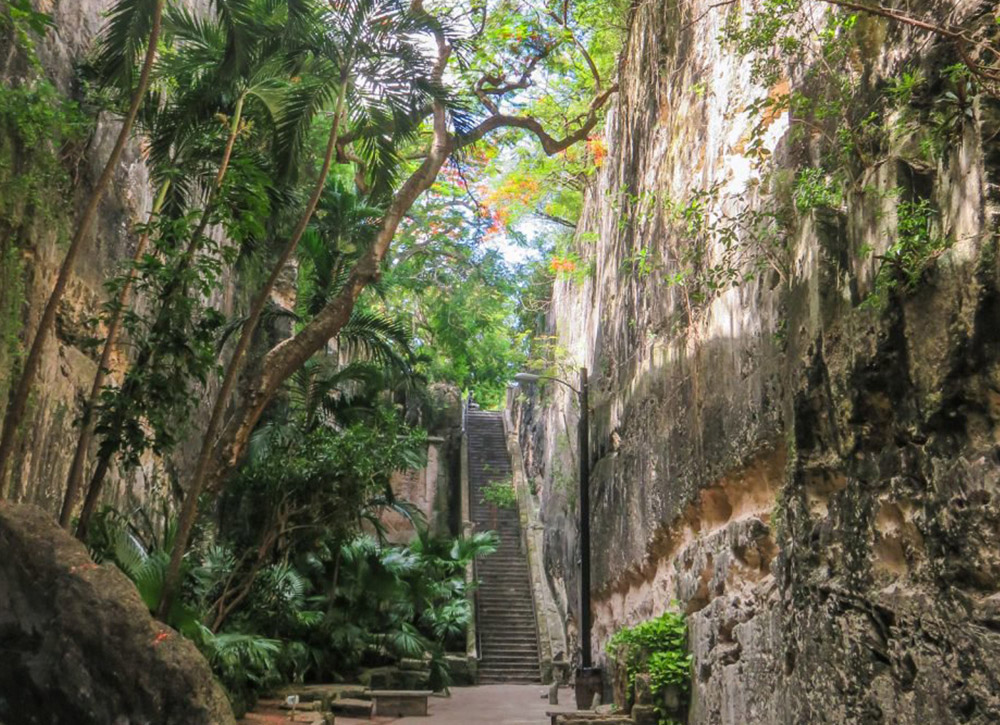 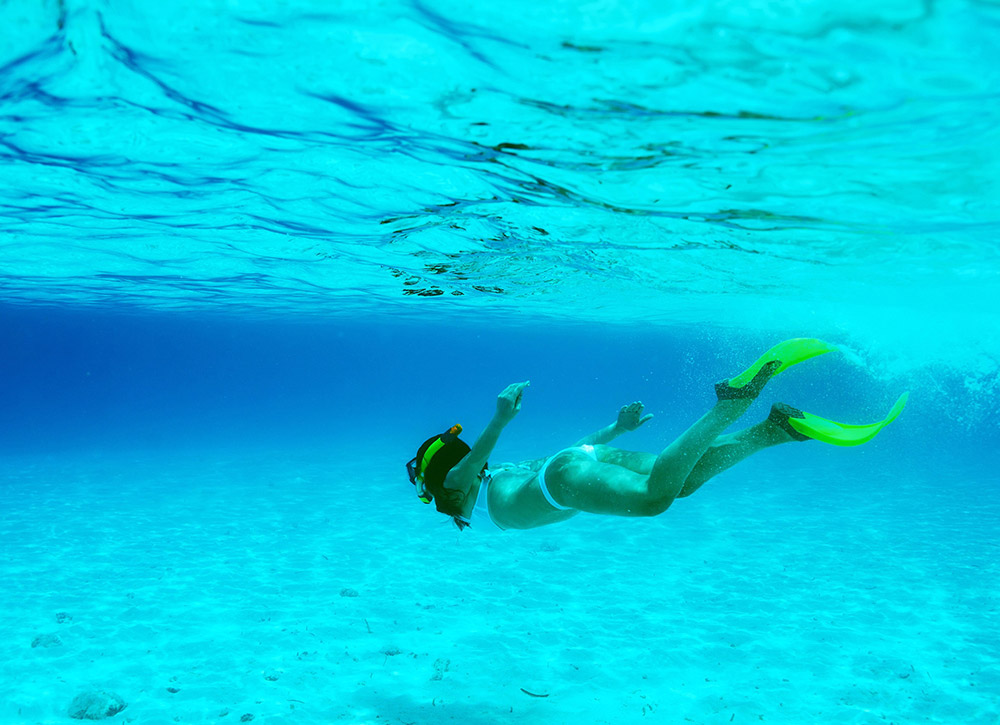 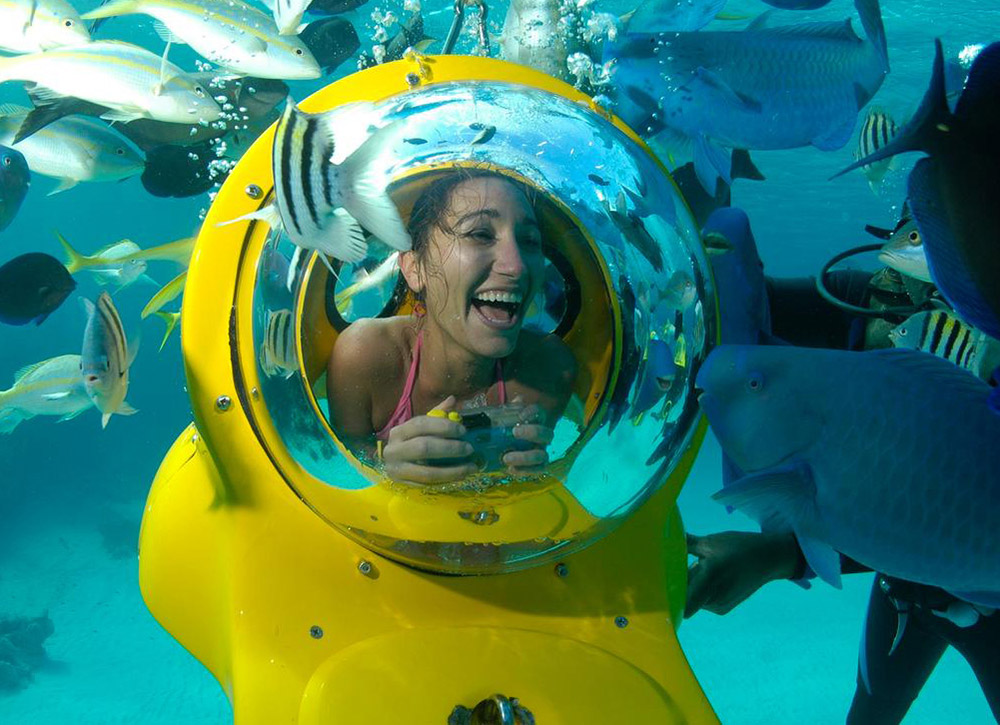 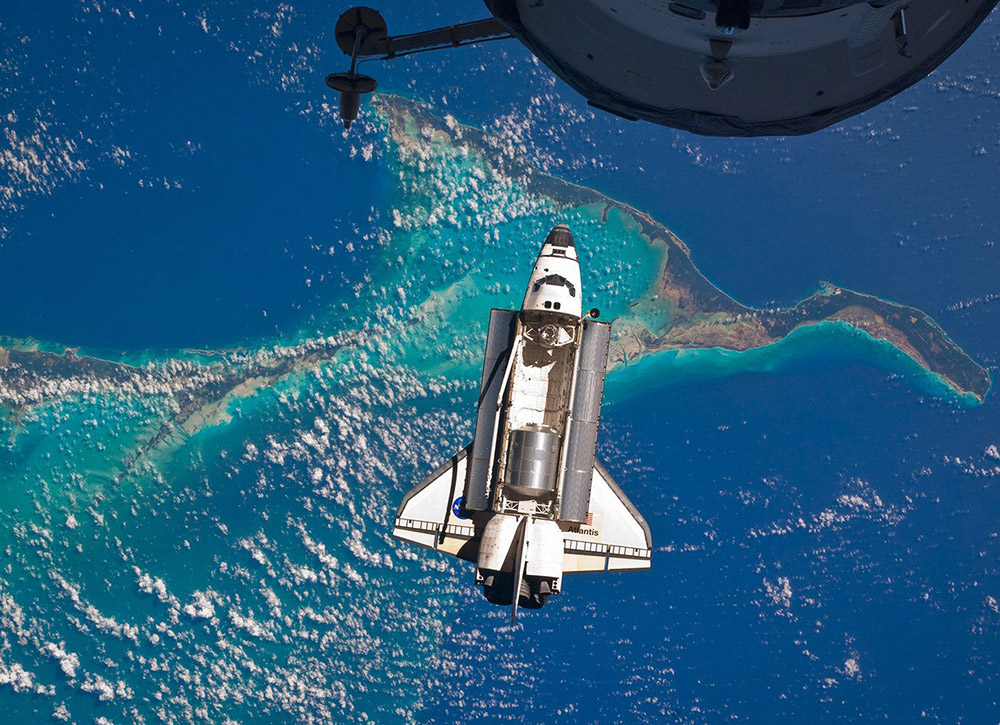 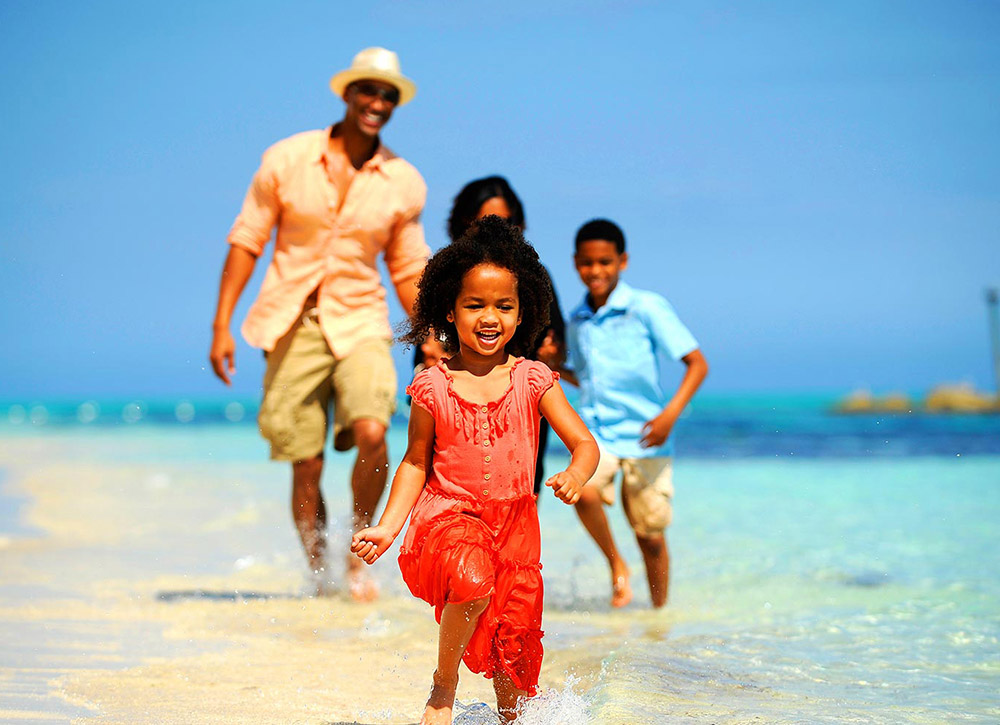 Guide to The Bahamas

The Bahamas known officially as the Commonwealth of The Bahamas, is an archipelagic state within the Lucayan Archipelago. It consists of more than 700 islands, cays, and islets in the Atlantic Ocean, and is located north of Cuba and Hispaniola (Haiti and the Dominican Republic), northwest of the Turks and Caicos Islands, southeast of the United States state of Florida, and east of the Florida Keys. The capital is Nassau on the island of New Providence. The designation of "the Bahamas" can refer either to the country or to the larger island chain that it shares with the Turks and Caicos Islands. The Royal Bahamas Defense Force describes the Bahamas territory as encompassing 470,000 km2 (180,000 sq mi) of ocean space.

The Bahamas is the site of Columbus's first landfall in the New World in 1492. At that time, the islands were inhabited by the Lucayan, a branch of the Arawakan-speaking Taino people. Although the Spanish never colonized The Bahamas, they shipped the native Lucayans to slavery in Hispaniola. The islands were mostly deserted from 1513 until 1648, when English colonists from Bermuda settled on the island of Eleuthera.

The country lies between latitudes 20° and 28°N, and longitudes 72° and 80°W. In 1864, the Governor of the Bahamas reported that there were 29 islands, 661 cays, and 2,387 rocks in the colony. The closest island to the United States is Bimini, which is also known as the gateway to the Bahamas. The island of Abaco is to the east of Grand Bahama. The southeastern most island is Inagua. The largest island is Andros Island. Other inhabited islands include Eleuthera, Cat Island, Rum Cay, Long Island, San Salvador Island, Ragged Island, Acklins, Crooked Island, Exuma, Berry Islands and Mayaguana. Nassau, capital city of the Bahamas, lies on the island of New Providence. All the islands are low and flat, with ridges that usually rise no more than 15 to 20 m (49 to 66 ft). The highest point in the country is Mount Alvernia (formerly Como Hill) on Cat Island. It has an elevation of 63 metres (207 ft). To the southeast, the Turks and Caicos Islands, and three more extensive submarine features called Mouchoir Bank, Silver Bank and Navidad Bank, are geographically a continuation of the Bahamas.

The climate of the archipelago is tropical and has two seasons, a wet summer (wet season) and dry winter (dry season). During the wet season, which extends from May through November, the climate is dominated by warm, moist tropical air masses as the Bermuda High brings a southeasterly flow from the deep tropics. Midsummer temperatures range from 25 to 31 °C (77.0 to 87.8 °F) with a dew point temperatures in the 75 - 77 F range, creating the typical hot and sultry island weather. In dry season, extending from December through April, the subtropical high retreats, and a mix of drier northeast trade winds and occasional westerlies coming from the North American mainland impact the Bahamas. Temperatures during the dry season range from 18 to 25 °C (64.4 to 77.0 °F).

Annual rainfall averages 1,400 millimetres (55 in) and is usually concentrated in the August–October periods. Rainfall often occurs in short-lived, fairly intense, but brief thundershowers accompanied by strong gusty winds, followed by a return the intense sunshine and breezy conditions. Winds are predominantly easterly throughout the year but tend to become northeasterly from October to April and southeasterly from May to September. These winds seldom exceed twenty-four kilometres per hour except during hurricane season. Although the hurricane season officially lasts from June to November, most hurricanes in the Bahamas occur between July and October.

things to do in the bahamas

Looking for adventure in The Bahamas? Try diving for sunken Spanish Galleons off Grand Bahama Island. Or set off on a sailing trip in The Abacos, the boating capital of the world. Whatever excites you, you'll find it in The Islands of The Bahamas. The Islands of The Bahamas has something for the whole family. Have fun together on one of our many family-friendly beaches, including boat trips, snorkeling, and more. Or enjoy beachside pampering while your kids play in the sand. Share The Bahamas together and you'll make memories that will last a lifetime. Step into The Bahamas and realize beauty extends far beyond our extraordinary natural wonders. It’s the smiles on the faces of the Bahamian people. The unique sounds of our rich culture. The warm hospitality of our heritage and our colorful history. We move at our very own pace here.

So, it’s only fitting that one of the most relaxing places in the world offers a variety of ways to help rejuvenate your mind, body, and soul. You’ll find indoor and outdoor spas offering treatments and wellness activities for individuals and couples. From breathtaking panoramic views to soft white- and pink-sand beaches to spectacular sunsets and exotic hideaways, The Bahamas is proud to say that each and every one of our islands is the perfect destination for a romantic escape. Looking to celebrate? Weddings, honeymoons, anniversaries, engagements — whatever your milestone, celebrate in paradise. Discover what's happening in The Islands Of The Bahamas. Make the most of your visit by planning to attend local Bahamian events!