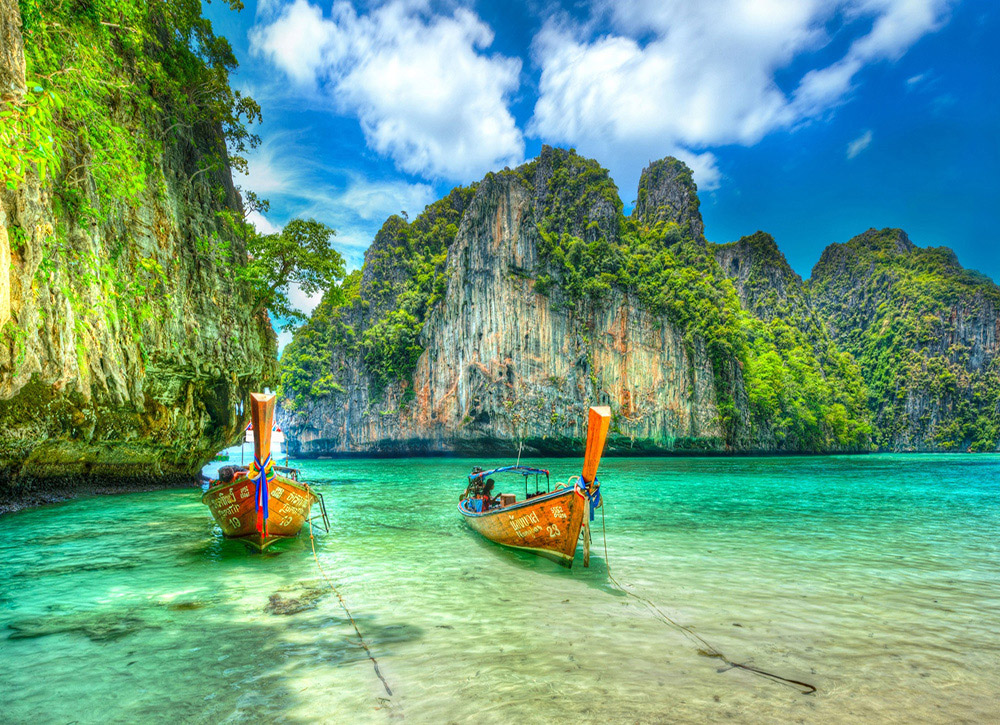 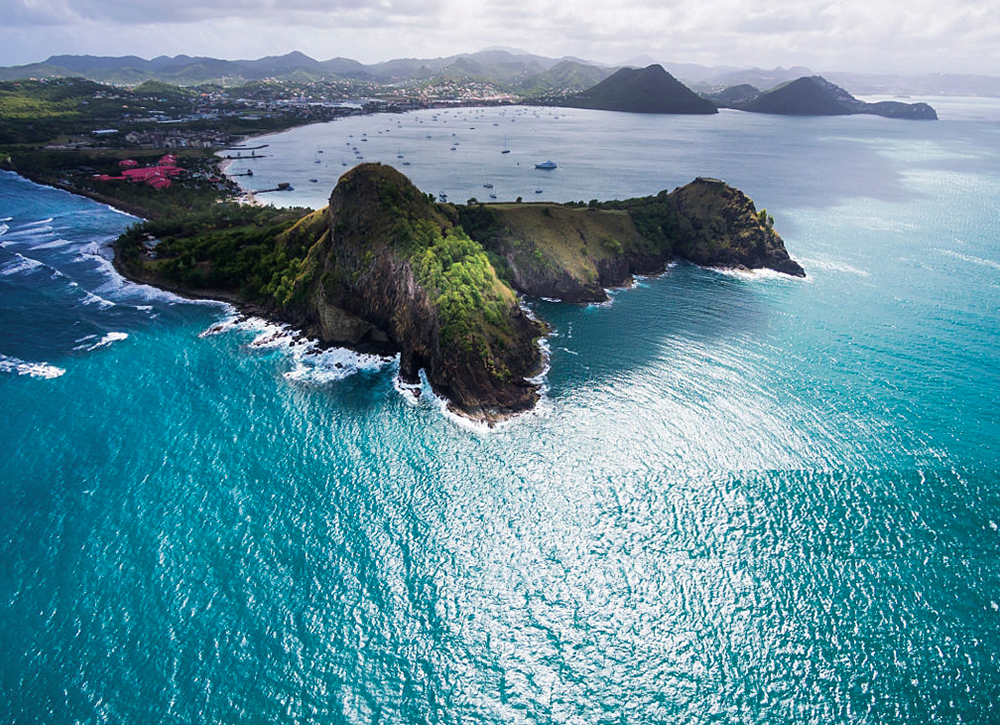 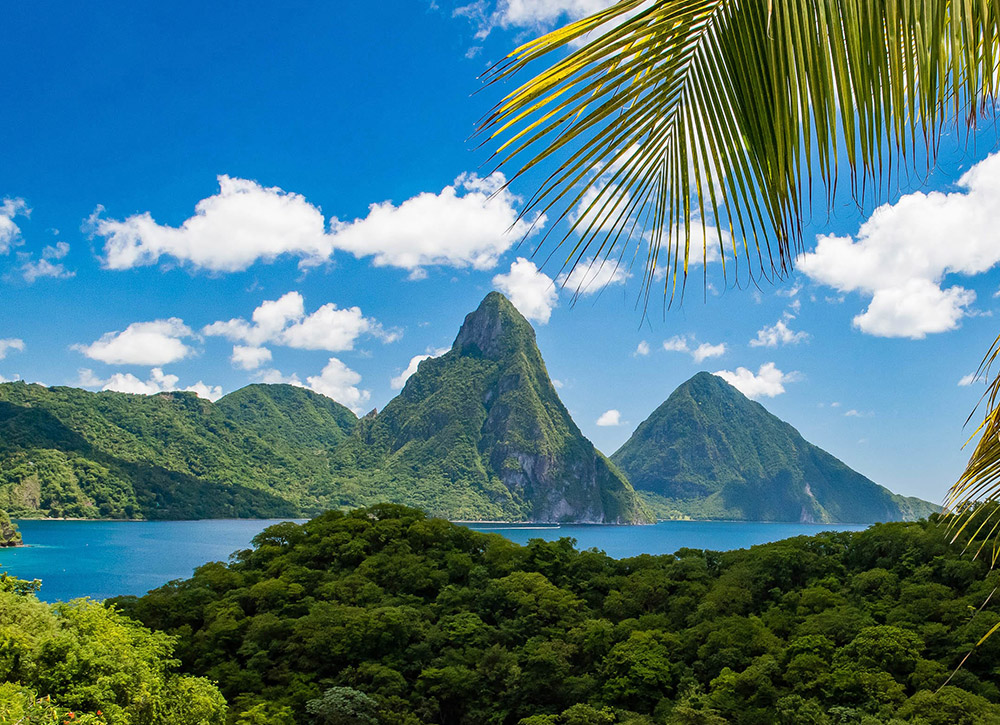 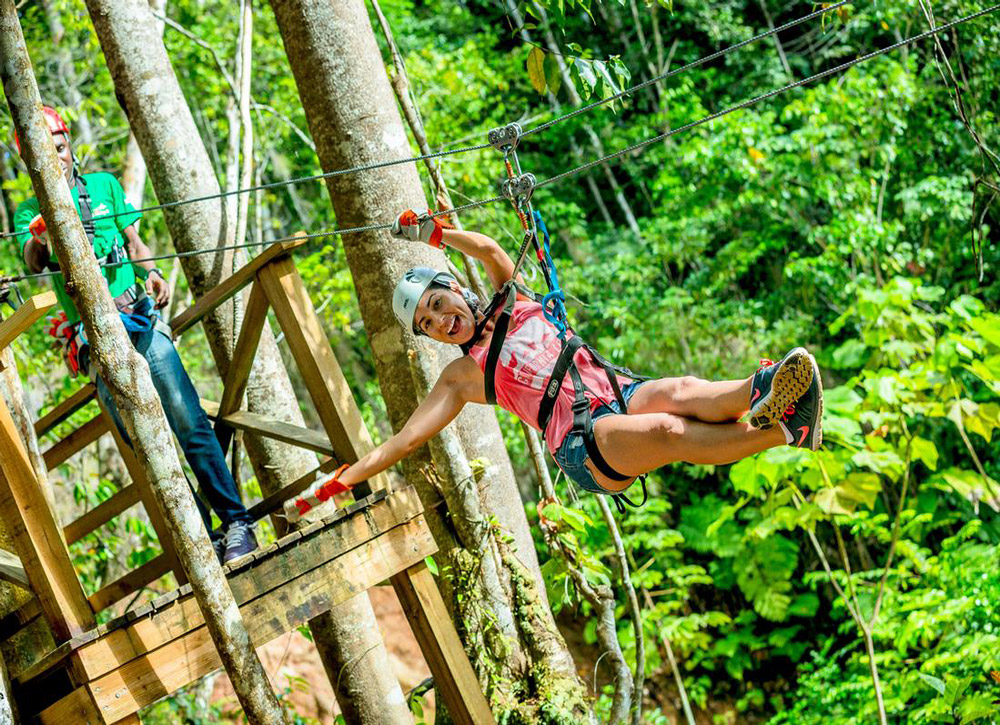 One of the Windward Islands of the West Indies' Lesser Antilles, Saint Lucia is located halfway down the Eastern Caribbean archipelago. Often referred to as the "Helen of the West Indies," Saint Lucia is known for its natural beauty and diverse attractions, including the signature Piton Mountains - a UNESCO World Heritage Site - a tropical rainforest and one of the world's few drive-in volcanoes.

The Island is approximately 238 sq. miles (616 sq. km), 27 miles long, 14 miles wide with a largely mountainous topography. A central mountain range runs the length of the island, with peaks ranging between 1000 and 3145 feet in elevation. St Lucia’s landscape is a combination of high mountains, lush rainforests, low lying lands and beaches. Forests dominate the mountains, while jasmine, scarlet chenille and wild orchids provide splashes of color to the lush green slopes.

Easily accessible, with two airports, both specializing in ground services for private jets, daily international flights from the United States, weekly flights from Canada and Europe, plus daily regional flights, Saint Lucia is the perfect destination. Whether you are adventure seeker, environmentalist, dive enthusiast, a yogi, lovers seeking that ultimate romance experience or in need of a private getaway she will inspire your stories and fill them with joy.

Saint Lucia is one of many small land masses composing the insular group known as the Windward Islands. Unlike large limestone areas such as Florida, Cuba, and the Yucatan Peninsula, or the Bahamas, which is a small island group composed of coral and sand, St. Lucia is a typical Windward Island formation of volcanic rock that came into existence long after much of the region had already been formed.

Saint Lucia's physical features are strikingly beautiful. Dominated by high peaks and rain forests in the interior, the 616- square-kilometer island is known for the twin peaks of Gros Piton and Petit Piton on the southwestern coast, its soft sandy beaches, and its magnificent natural harbors. Mount Gimie, the highest peak, is located in the central mountain range and rises to 958 meters above sea level, a contrast that is also evident in the abrupt climatic transition from coastal to inland areas. The steep terrain also accentuates the many rivers that flow from central St Lucia to the Caribbean. Fertile land holdings, which support banana farming, are scattered throughout the island.

The local climate is tropical, moderated by northeast trade winds that allow for pleasant year-round conditions, with a dry season from 1 December to 31 May, and a wet season from 1 June to 30 November. Average daytime temperatures are around 29 °C (84.2 °F), and average nighttime temperatures are around 24 °C (75.2 °F). Since it is fairly close to the equator, the temperature does not fluctuate much between winter and summer. Average annual rainfall ranges from 1,300 mm (51.2 in) on the coast to 3,810 mm (150 in) in the mountain rainforests.

Things to do in saint Lucia

Much of St Lucia's activity happens on the west coast and specifically, in the Soufrière area. That's where you'll find the iconic Pitons that visitors like to climb, or Mount Soufrière, the pungent volcano that emits sulfurous steam. Nearby, honeymooners like to snorkel in the transparent waters of Anse Chastanet. There's also plenty to do farther north in the Rodney Bay area. That's where you'll find the lively Reduit Beach and Pigeon Island National Park.

The beauty of Saint Lucia provides the perfect backdrop for the casual adventure - or the adventure of a lifetime. Take a lofty, laid back ride above the rainforest canopy, renew yourself under the cascade of a refreshing waterfall or take a stroll through the rainforest.

For the adrenaline seekers: hop aboard a Segway, horseback ride along the coast or climb Gros Pitons mountains. With island terrain that ranges from tranquil beaches to lush rainforests the variety of things to do is unending. The turquoise waters that surround the island of Saint Lucia offer a plethora of rejuvenating and restorative adventures to build the body, mind, and soul. Fishing, kayaking, scuba diving, snuba, sea trekking, snorkeling or simply float atop some of the clearest waters in the world - the adventure awaits.

There are healing sulfur spas, lovely sandy beaches, and dense rainforests with trails that take visitors through the lush forest of native plants and trees full of wildlife and birds. There are ziplines that take visitors above the forest canopy as well as reefs full of fish around the island that divers can explore. Much of the island’s natural bounty is protected in parks and gardens and there are guided tours of all kinds with knowledgeable locals who will point out the most interesting plants, birds, or historic sites

The all-new Harbor Club, Curio Collection by Hilton is situated in the beautiful Rodney Bay, offers guests a Caribbean resort experience unlike any other. Indulge your appetite for paradise and enjoy a world of relaxation, celebration, and adventure. Harbor Club offers guests a chance to kick back and experience the best of St. Lucia in stunning style.

Nestled in the lush landscapes set upon one of the most picturesque islands in the Caribbean the Royalton Saint Lucia welcomes each guest on a vacation in upscale style and comfort. Our modern facilities, warm staff and exhilarating locale rich with both culture and world-class cuisine are the backdrop for an unforgettable All-In Luxury escape.